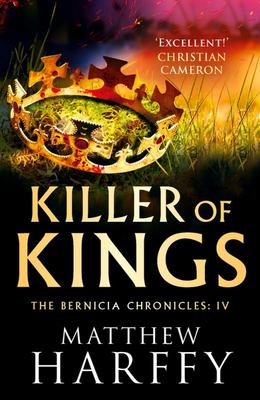 Beobrand has land, men and riches. He should be content. And yet he cannot find peace until his enemies are food for the ravens. But before Beobrand can embark on his bloodfeud, King Oswaldorders him southward, to escort holy men bearing sacred relics.

When Penda of Mercia marches a warhost into the southern kingdoms, Beobrand and his men are thrown into the midst of the conflict. Beobrand soon finds himself fighting for his life and his honour.

In the chaos that grips the south, dark secrets are exposed, bringing into question much that Beobrand had believed true. Can he unearth the answers and exact the vengeance he craves?Or will the blood-price prove too high, even for a warrior of his battle-fame and skill?